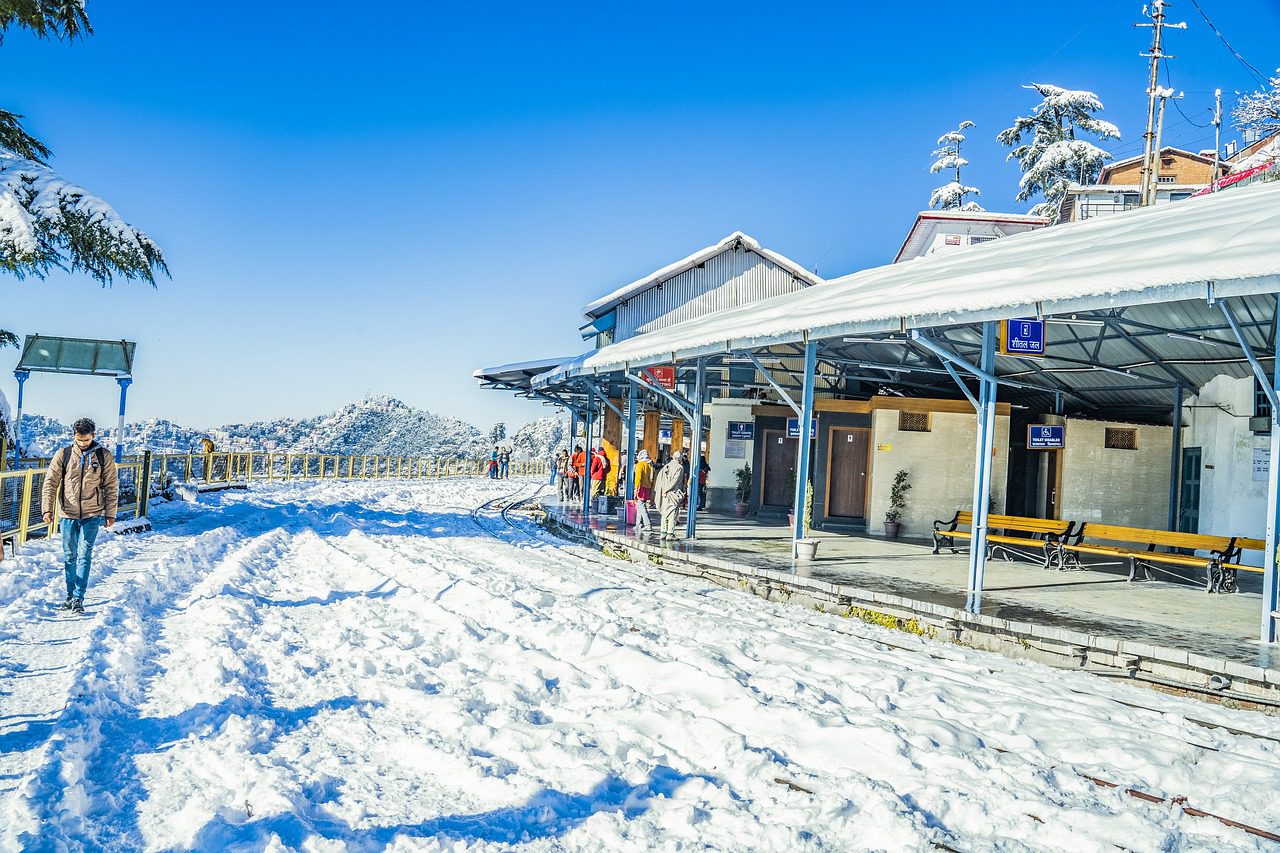 When its winter it snows, we hear it always from our friends living in Europe, America, well thanks to Himalayas India has got some High altitude hill station, where we can experience snow.

As the winter arrives, the temperature starts to fall in most parts of the country and in the parts of Himalayas, it gets below freezing point

Snowfall starts in many hill station of the Himalayan region during winter. The snow slowly wraps the hills and towns like a cold white blanket.

Well, the number of hill station in India where you can experience snowfalls are many. Here are some popular Hill station you can visit in this winter vacation with your family and friends.

The town of Manali in Himachal Pradesh is one of the most popular destinations for honeymooners and Snow lovers. Manali is surrounded by the gorgeous Himalayan mountains and valleys. December to January is the perfect time to witness snowfall. So, activities such as skiing, Sledding, Snowmobile can be done.

Manali is often visited together with the Rohtang Pass, where you can expect Snow.

Bhuntar Airport, also known as Kullu Manali airport is the nearest airport which is 50km away from the city. The airport has flights from Delhi.

Auli, situated in Garhwal region in the state of Uttarkhand has become famous recently for hiking and ski destination. It has become one of the favourite spots for Snow lovers in India.

Auli is a popular skii destination in India, the time period from November end to March is considered ideal for skiers.

Auli is situated at about 9,200 feet above sea level. The place is surrounded by oak forest which gives a wonderful view of some of the mountain peaks such as Nand Devi and Mana Parvat.

The nearest airport is Jolly Grant Airport in Dehradun which is about 250km from the place. Rishikesh is the nearest railway station.

Shimla is one of the popular hill stations in India and is popular at any time of the year. The capital of Himachal Pradesh is an ideal place to visit in winters, to experience snow in India. Situated at an altitude of 7,467 ft, the hill station was also the summer capital of British India, hence you can find British architecture buildings like Christ Church, Indian Institute of Advanced Study here.

The best time to experience Snowfall in Shimla is January and February.

Other than snowfall and some fine British era buildings, the Kalka–Shimla Railway line built by the British is also a major tourist attraction.

Shimla has an Airport, which is situated at Jubbarhatti. The airport is 23 kilometres (14 mi) from the main city. Regular flights to Delhi operate from the airport. The nearest major airport is Chandigarh Airport in Chandigarh about 116 km away.

One can reach Shimla easily as it is well-connected by roads to all major cities in north India.

Another popular spot in Himachal Pradesh is Kufri, a skiing hotspot which is situated around 20KM from the Shimla.

Gulmarg, a city in Kashmir valley, situated in a cup-shaped valley in Pir Panjal range is a popular skiing destination. It has a snow-capped mountain with lush greenery

Situated at an altitude of 8,690 feet, this hill station has a lot to offer

The winter season begins in at the end of the October and one can get enough snowfall by December end, to February.

One of the popular activities is Gulmarg Gondola, which is one of the highest cable cars in the world. The ropeway ferries about 600 people per hour between Gulmarg and a shoulder of nearby Apharwat Peak

Nearest Airport is Srinagar airport, which is 60 km away from the town of Gulmarg

Srinagar is the closest air junction from Gulmarg. From here, cabs are available to reach the base, Tangmarg.

Leh is a cold desert town in Ladakh and is a popular tourist destination. Ladakh is a part of Tibet plateau. Nubra valley, Pangong Lake are two popular destinations that people add to their Leh trip.

Leh is popular among adventure seekers, the city is accessible in the winters only by air, as all the roads get closed due to snow.

Leh has an airport which is well connected with Delhi. There also flights from Chandigarh, Jammu, Srinagar

Nainital in Uttarakhand is one of the best places to go when you want to experience snowfall in India. The city overviewing the Nainital lake has many scenic viewpoints and attraction.

Kathgodam is the nearest railway station. It is 35 km away from the city. The nearest airport is Pantnagar Airport which is a 2 hours’ drive from the city. However, the number of flights is very few. The city is well connected to major cities by roadways one can easily ride here from Delhi or Dehradun.

Khajjiar in Himachal Pradesh sometimes called Mini Switzerland of India. Khajjar is a perfect winter destination for those who love snow.

During the winter season, the temperature often drops below zero, and you can find the place covered with snow.

Tawang is situated at a height of 8,700 feet. Tawang in Arunachal Pradesh is one of the few lesser-explored destinations in India.

The Winters in Tawang can be particularly harsh, so it is advisable to travel only after the end of January. The main tourist attraction is a 400-year-old monastery, while other popular destinations include the Indo-China Border and the War Memorial.

As the local says Munsiyari’ which means a ‘place with snow’. The hill station in Uttarakhand is situated on the banks of Goriganga river. Munsiyari has now become one of the popular tourist destinations for mountain lovers. Situated at the height of 7200 feet, this is one of the best places in India to experience snowfall.

Munsiyari is starting points of some of the popular high altitude treks, it also gives a stunning view of Panchchuli, which is a group of 5 snow-capped peaks.

Dehradun is the nearest major airport, situated 215 km from the hill station. Kathgodam is the nearest railway station, which is 275 km away from the city. Munsiyari is well linked by roads to all the popular places in Uttarakhand.

Lachen is a hill town in North Sikkim. The hill station is situated at an elevation of 2,750 metres. The name Lachen means ‘Big Pass’.

The town also serves as a base to Chopta Valley and Gurudangmar. Judging by the altitude of the town you can easily expect to receive snowfall during winters.

Winter in Lachen is the best time to experience snow, the winter season lasts from October to March.

This beautiful hill station is situated far from the hustle and bustle of the big cities.

It is about 200 km away from Bagdogra Airport and about 190 km from New Jalpaiguri railway station. A new airport has now opened near Gangtok ( Pakyong Airport) which is about 135 km from Lachen. But Pakyong has unpredictable weather and the visibility remains low most of the time. Hence the flight operation is temporarily cancelled.

The roads to Lachen from Gangtok can be a bit bumpy. It’s about a 5 hrs drive from the city of Gangtok. In order to visit Lachen, you need to take a permit which you can get from Gangtok.

Situated at an elevation of 8,990 feet above sea level. Pahalgam In Jammu and Kashmir is one of the popular tourist locations in India to visit in winter to experience snow, particularly between December and February.

Situated by the river Liddar, surrounded by Pine Forest, Pahalgam has many trekking options.

Srinagar is the nearest airport, which is 90km away from the city. The nearest major railway station is Jammu Tawi, which is connected to all major cities in India is situated at about 250 km from Pahalgam. 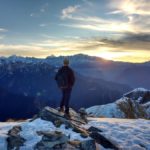 8 Top Hill Station in India to Visit this Year

Kanheri Caves: A Heritage in Mumbai 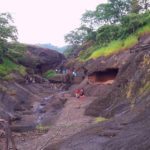 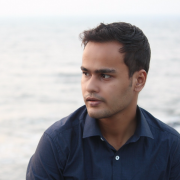